(CNN)If you’ve read about the latest wellness trends, you may have entertained the idea of a diet detox.

But whether you’ve considered juicing, fasting or cleansing in an effort to lose weight or improve your well-being, you’re probably aware that drastically cutting out foods is not effective as a long-term lifestyle approach to healthy eating.
In fact, strict detoxing can cause issues including fatigue, dizziness and low blood sugar. 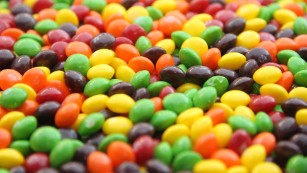 What happens when you go without sugar for 10 days?
But there is one kind of sustainable detox that is worthwhile, according to some experts. Reducing sugar in your diet can help you drop pounds, improve your health and even give you more radiant skin.
“Sugar makes you fat, ugly and old,” said Brooke Alpert, a registered dietitian and co-author of “The Sugar Detox: Lose the Sugar, Lose the Weight — Look and Feel Great.” “What we’ve discovered in the last couple of years is that sugar is keeping us overweight. It’s also a leading cause of heart disease; it negatively affects skin, and it leads to premature aging.”

Here’s more bad news: We can’t stop consuming sugar. “People have a real dependency — a real addiction to sugar,” Alpert said. “We have sugar, we feel good from it, we get (the feeling of) an upper, and then we crash and need to reach for more.”
About 10% of the US population are true sugar addicts, according to Robert Lustig, professor of pediatrics and member of the Institute for Health Policy Studies at the University of California, San Francisco. What’s more, research suggests that sugar induces rewards and cravings that are similar in magnitude to those induced by addictive drugs.
One of the biggest concerns is the amount of added sugars in our diets, which are often hidden in foods. Although ice cream cake is an obvious source of sugar, other foods that may not even taste sweet — such as salad dressings, tomato sauces and breads — can be loaded with the white stuff.

How to sugar detox: Going cold turkey for three days

The good news is that even if you’re not a true sugar “addict,” by eliminating sugar from your diet, you can quickly lose unwanted pounds, feel better and have a more radiant appearance.
“There is no one person who wouldn’t benefit by eliminating added sugars from their diets,” Lustig said.
Children can benefit, too. Lustig’s research revealed that when obese children eliminated added sugars from their diets for just nine days, every aspect of their metabolic health improved — despite no changes in body weight or total calories consumed.
But going cold turkey is what works best, at least in the beginning.

So for the first three days on a sugar detox, Alpert recommends no added sugars — but also no fruits, no starchy vegetables (such as corn, peas, sweet potatoes and butternut squash), no dairy, no grains and no alcohol. “You’re basically eating protein, vegetables and healthy fats.”
For example, breakfast can include three eggs, any style; lunch can include up to 6 ounces of poultry, fish or tofu and a green salad, and dinner is basically a larger version of lunch, though steamed vegetables such as broccoli, kale and spinach can be eaten in place of salad. Snacks include an ounce of nuts and sliced peppers with hummus. Beverages include water, unsweetened tea and black coffee.
Though they don’t contribute calories, artificial sweeteners are not allowed on the plan, either. “These little pretty colored packets pack such a punch of sweetness, and that’s how our palates get dulled and immune and less reactive to what sweetness really is,” Alpert said.
Consuming artificial sweeteners causes “you not only (to) store more fat,” Lustig explained, “you also end up overeating later on to compensate for the increased energy storage.”
Once the first three days of the sugar detox are completed, you can add an apple.
“By the fourth day, an apple tastes like candy,” Alpert said. “The onions are sweet! Almonds are sweet! Once you take sugar away from your diet cold turkey, your palate recalibrates, and you start tasting natural sugars again.”
Starting with day four, you can add one apple and one dairy food each day. Dairy, such as yogurt or cheese, should be full-fat and unsweetened. “Fat, fiber and protein slow the absorption of sugar, so taking out fat from dairy will make you absorb sugar faster,” Alpert said.
You can also add some higher-sugar vegetables such as carrots and snow peas, as well as a daily serving of high-fiber crackers. Three glasses of red wine in that first week can be added, too.
During week two, you can add a serving of antioxidant-rich berries and an extra serving of dairy. You can also add back starchy vegetables such as yams and winter squash.
For week three, you can add grains such as barley, quinoa and oatmeal, and even some more fruit including grapes and clementines. You can also have another glass of red wine during the week and an ounce of dark chocolate each day.
“Week three should be quite livable,” Alpert said.
Week four is the home stretch, when you can enjoy two starches per day, including bread and rice, in addition to high-fiber crackers. Wine goes up to five glasses per week.
“You can have a sandwich in week four, which just makes things easier,” Alpert said. “I want people living. Week four is the way to do it.”
Week four defines the maintenance part of the plan — though intentional indulgences are allowed, such as ice cream or a piece of cake at a birthday party. “Because the addictive behavior is gone, having ice cream once or twice will not send you back to square one,” Alpert said. Additionally, no fruit is off-limits once you’ve completed the 31 days.
“The whole purpose is to give people control and ownership and a place for these foods in our life,” Alpert said. Sugar addiction.

Benefits and cautions with slashing sugar

Detoxing from sugar can help you lose weight quickly. “We had over 80 testers from all over the country, and they lost anywhere between 5 to 20 pounds during the 31 days, depending on their weight or sugar addiction,” Alpert said. “Many also noticed that a lot of the weight was lost from their midsection. Belts got looser!”
Participants also reported brighter eyes, clearer skin and fewer dark circles. They also had more energy and fewer mood swings. 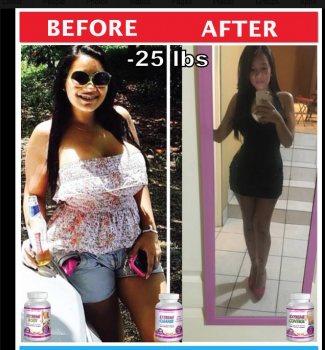