Fruit juice is just as dangerous as soda, or nearly as bad, when you’re drinking it in abundance. Think of it in this way: When you sit down to drink an 8-ounce glass of orange juice, you’re consuming the juice of four medium-sized oranges in literally seconds — or a few minutes at the most. Compare this to how long it would take to eat four oranges, and you can quickly see how eating fruit in its whole form is best. (Thanks, in large part, to all of that wholesome fiber.) 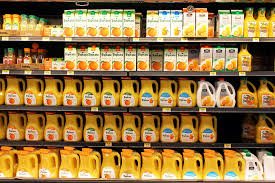 Fruit juice is so dangerously largely due to the fructose factor. In June 2014, a study published in the journal Nutrition found that the average fruit juice’s fructose concentration is 45.5 grams per liter. For soda, it’s 50 grams. Our bodies aren’t designed to deal with that type of fructose overload. While glucose serves as a fuel for our body, fructose is processed almost exclusively in the liver, where it’s converted to fat.

It’s important to note that while it’s often marketed as healthy and natural, juice is not a low-calorie beverage. Just eight ounces of regular orange juice, for instance, contains over 110 calories, the equivalent of almost two oranges. However, you won’t feel as filled up, because the juice doesn’t contain any fiber. Don’t fall into the trap of thinking that the calories are worth the vitamins — a single orange provides well over the recommended daily intake of vitamin C, and without as high a spike in blood sugar.

Many juices on the market are also a lot less natural than they appear. Some “100 percent juice” products, such as those of Tropicana and Minute Maid, undergo a decidedly unnatural manufacturing process wherein the juices are squeezed and stored inside giant vats while the fruit’s in season. When oxygen is removed to help with preservation, the flavor vanishes with it, and companies that specialize in synthesizing fragrances are hired to add in “flavor packs” before the juice gets sold — up to a year later.

It’s probably better to just grab an apple. A bottle of juice can be a more portable source of vitamins than, say, a half-eaten banana. But whenever both are viable options, pick the fruit. The fiber will fill you up, the nutrients are intact, and it still tastes like nature’s candy. 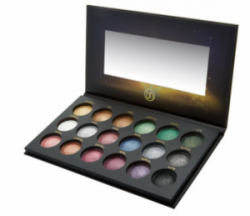 No comments yet
Best cleanse Biotin Collagen PLUS Eyeshadow