Want a juicy snack that will protect your prostate and your pumper? Pick up a watermelon (yes, they’re available year-round). The fruit is rich in lycopene, one of the most well-studied antioxidants in the fight against prostate cancer. Research shows that people who have high blood levels of lycopene are at lower risk for prostate cancer. The antioxidant may also boost heart health; one study found that two compounds in watermelon—citrulline and arginine—help support healthy blood flow.

Therefore it can also shield your skin from harmful UV rays, according to research, possibly helping you ward off wrinkles down the line. Hey, it’s not just the ladies who worry about wrinkles!. Watermelon is also an excellent source of vitamins A and C. You can enjoy 1 cup of diced watermelon for a mere 50 calories.

Since heart disease kills one in every four men in the U.S., consider getting more of the beneficial compounds found in some types of dark chocolate in your diet.[1] Studies indicate that cocoa flavanols help to boost blood flow, reduce blood clots and blood pressure, lowering your risk of having a heart attack or stroke. Since dark chocolate varies greatly in its flavanols, more reliable sources are unsweetened cocoa powder and cocoa flavanol supplements.

A study recently published in the British Journal of Nutrition reported. That a daily cocoa flavanol beverage improved blood vessel function and reduced blood pressure. Other research indicates that cocoa flavanols may even help keep you sharp as you age. One recent clinical trial found that after eight weeks, people who consumed medium and high amounts of cocoa flavanols daily made significant improvements on tests that measured attention and memory.

Looking to spice things up…in the kitchen? Try turmeric. This golden-hued spice has long been a staple of Indian cuisine and has also been used in traditional Chinese and Ayurvedic medicine for thousands of years. Modern-day research is revealing that a compound found in turmeric called curcumin may be responsible for its benefits.

The spice has been shown to be a potent anti-inflammatory, which has led scientists to explore its use in diseases ranging from rheumatoid arthritis and psoriasis to neurodegenerative conditions like Alzheimer’s disease. Add tumeric to your next curry or use it on chicken or fish before grilling.

Love spuds? Many guys steer clear of potatoes because they think they’re just an empty carb. But potatoes may help you get those six-pack abs! Research from the University of California, Davis, found that people who followed a reduced-calorie diet that contained potatoes all lost weight over a 12-week period. It’s reducing total calories that counts—not cutting out a specific food.

Another potato perk: It’s a great source of potassium. In fact, a medium spud with the skin contains more than a banana. Potassium plays a key role in controlling blood pressure (it lessens the effects of sodium), transmitting nerve signals, and helping muscles contract. Most men need about 4,700 mg everyday and aren’t getting enough, so dig into a baked or roasted potato and enjoy![2]

Low in calories and fat but high in protein, fiber and potassium, lentils have been shown to help reduce blood sugar and cut the risk for developing diabetes. In fact, one study found that lentils benefit the blood sugar response not only during the meal in which they’re eaten. Also at the subsequent meal enjoyed four hours later. They can also help your ticker.

Research indicates that lentils can help reduce LDL (bad) cholesterol, the risk of heart attacks, and inflammation in the arteries. If that’s not enough to make you heart lentils, check out this stat: A national survey found that people who ate lentils four times or more per week had a 22 percent lower risk of coronary heart disease compared to those who consumed them less than once a week. 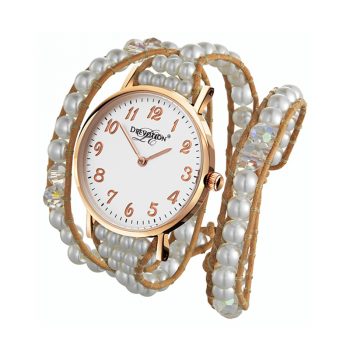